Despite the economic challenges, there are opportunities for Quad

The Quad must make it a priority to balance China's influence in the region to ensure stability and peace in the region. To ensure efficient functioning, the four countries must prevent the Quad from becoming an overly political entity or a militarized alliance and must attempt to create a more inclusive environment for countries to participate and function objectively.

Since its inception in 2004, the Quad has been through multiple phases of affability and indolence. 2021 seems like a prolific and fruitful year in terms of opportunities for the Quad members. Leaders of the member countries met virtually on 12 March to discuss the plan of action and hope towards building regional stability. Even though no statements were directed towards China, the four countries and the rest of the world have witnessed an unprecedented growth of China's influence in regional and global economics. China's aggressive foreign policy coupled with this economic dominance in the region presents a threat to the regional peace and stability, which the Quad aims to terminate.

2021 is not 2004: New challenges for the Quad
Unlike 2004, when the group of countries dealt with a natural calamity, they now face an economic slowdown caused by the COVID-19 pandemic. The sudden drop in pollution levels and shipping traffic triggered by the multiple phases of lockdown in countries around the world caused an economic slowdown that impacted the financial growth and development of the world in the years to come. The four countries must strive to revitalize their economy and the global economy to ensure longevity in their GDPs and economic growth.

A significant cause of concern is China's influence and role in the regional economic and global sphere. In the 21st century, China has become an important player in the political and economic sector of most Southeast Asian and East Asian countries. China has invested heavily in development and infrastructure projects in the region, giving it high stakes to control the countries in the area. Countries such as Cambodia, Laos, the Philippines, Sri Lanka, Pakistan, South Korea, Australia, Japan are deeply intertwined with China's economy. These countries experienced a downward movement in import, export, manufacturing and production of commodities in the wake of the COVID-19 pandemic.

The pandemic provides the Quad with an enormous challenge and a tremendous opportunity to replace China in the global economy. The pandemic forced countries to close their borders to China as well other countries. The current situation can be used favourably by entering the regional markets and economy. The Quad can now fill the vacuum created by China's absence in these countries. However, this narrow window will not be available perpetually as China is the only country that recorded positive growth in 2020. The economy grew by 2.3 per cent, and the GDP crossed 100 trillion yuan for the first time. These financial accomplishments enable China to invest and involve itself in the Indo-Pacific region's political and economic decision-making process.

Regional initiatives such as the ASEAN and RCEP are another factor that challenges the Quad's influence in the Indo-Pacific region. There is an evident Chinese centrality to ASEAN, which binds the member countries around Chinese investments and trade concessions. Since its inception in 1992, the trading bloc has competently created a strong network of regional markets with China as its largest trading partner. The RCEP, also an initiative launched by China in 2012, is an excellent example of dexterously utilizing the gap created by other superpowers. The initiative further creates a close alliance between the 15 member countries, giving China a central role in the union.

China has consumed almost every opportunity to become a pivotal part of the economies in the region. The Belt and Road Initiative (BRI) engages almost 138 countries and over 30 international organizations. Such plans make it difficult for countries to challenge China's leverage in the Indo-Pacific single-handedly. However, the Quad holds the potential to defy China's grasp over the region, provided the four countries positively work together as one organization.

Opportunities for Quad
Ironically, the greatest opportunity to the Quad is the pandemic. The race to vaccinate the world is riddled with politics. The issue of fast and efficient vaccination can overthrow or retain political leaders at the national level. It is also a sensitive issue and must be dealt with appropriately. The Quad has pledged to work unitedly to provide all countries in the Indo-Pacific region with vaccines by the end of 2021. The Quad has also vowed to work together on issues of terrorism and dealing collectively with the issue of denuclearization of the Korean peninsula. Apart from the political issues, the Quad can also actively counter China's dominance in the region by getting the US and Japan involved in the development and infrastructure projects in South and Southeast Asia.

The US is giving the Indo-Pacific region a renewed importance because of its geographic location and economic significance. The return of the US foreign policy to the region is evident after the US cabinet ministers visited Japan, South Korea and India as their first overseas cabinet visit after the partial reopening of international borders. The region will continue to play an essential role in the global economy because of two big markets; China and India. The Quad must make it a priority to balance China's influence in the region to ensure stability and peace in the region. To ensure efficient functioning, the four countries must prevent the Quad from becoming an overly political entity or a militarized alliance and must attempt to create a more inclusive environment for countries to participate and function objectively.

About the author
Avishka Ashok is a Research Assistant at the School of Conflict and Security Studies at the National Institute of Advanced Studies (NIAS), Bangalore. Her research focuses on ethnic conflicts and political issues in East Asia. She also studies gender rights and social conflict in the contemporary world order.

Who will be the next UK prime minister: Liss Truss v. Rishi Sunak

Taiwan and Biden-Xi conversation, and a controversial referendum in Tunisia

Will Russia's latest attack on the Odessa port, undermine the grain deal with Ukraine? 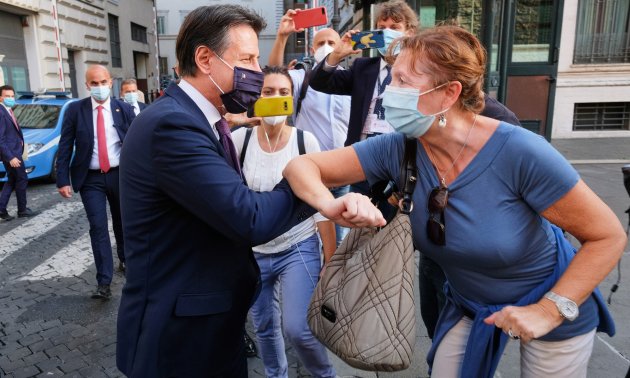