What does Macron's victory mean for France and the EU

The internal divide in France poses a challenge to EU integration

The victory of La République En Marche does not just end with Macron’s continuity but opens the stage to look into an increased share of the Right in the elections, France’s looming domestic issues, and the larger threat posed to EU’s integration. The commentary strives to bring out the possible outcomes of the French elections at the domestic and the regional level.

Three issues at the domestic level
First, the split in the political landscape. Comparing the election results of the first round of 2017 and 2022, there is a split amongst the voters. While the traditional Les Républicains have lost a major vote share. It is not only the rise of the far-right but also the far left where Jean-Luc Mélenchon has won close in the first round against Marine Le Pen. It indicates the failure of Macron’s centrist party to establish a long root in France. The vote share of the other parties combined comes to 68 per cent with that of La République En Marche. With the split widening amongst the parties, questions about the future leadership of France. The upcoming parliamentary elections provide two possibilities. One, French President Emmanuel Macron’s win, will give him a chance to change the minds of the divided voters, and two, it gives a chance for the next leader to prove for the next round of elections.  Observing the French democracy, the coming years will reflect fluctuating results.

Second, social, business, and economic fallouts. The effect of the Ukraine war and post-covid recovery have been the testing factors for Macron’s presidency. Although both the issues were well dealt with at the regional level, France Macron’s policies did not meet the expectations at the domestic. The business groups saw the election result as a boon, but with increasing sanctions and restrictions to operate in Russia, which holds the biggest share of French businesses, the expectations are higher than ever for Macron to come up with alternate policies. Other issues include rising energy costs, food prices, unemployment, tax breaks, inflation, and immigration reform. Macron’s promise to launch the initiative on the “purchasing power package,” and pressure from the far-right for anti-social reforms provide less hope for larger development due to the complex variety of internal issues.

Third, immigration reform. In his first term as French president, Macron's migration policy did not go well. He was criticized by the UN in 2018 for regressive policies, inhuman conditions, and ill-treatment of asylum seekers. As per January 2021 data, 3.7 million were non-EU residents which was a lesser count compared to other EU states. With a shift in the polls amongst the minority groups towards the far-left and the influx of refugees from Ukraine, provides a second chance for Macron to re-correct his missteps. The push at the local level to house and assist Ukrainian children in French schools and EU-wide protection to allow Ukrainians to process “residence permit” are expected to remain. Macro’s refugee reform will also extend to the welfare of Muslim immigrants to rebuild the relations and ensure the favour returns in the 2027 elections. Through this, the vote split can be avoided.

Three issues at the regional level
First, the ideology game. The 2022 French elections were not mere choosing of the next president but a war between two ideologies. With Russia’s launching war in Ukraine, the far-right parties were observed to have adopted Russian leader Vladimir Putin’s ideology, “political model, and nationalist claims,” which has created a greater threat to the fundamental values of Europe, freedom, democracy, and rule of law. Grave concerns have risen amongst the EU and the neighbouring states, Portugal, Spain, and Germany with the far-right candidate Le Pen gaining 41.46 per cent in the elections. Therefore, keeping the centrist leader Macron in position is not the party’s responsibility but a regional concern to keep a democratic leader in place. Letting a far-right lead France will further cause the breakage of European Unity, and the practice of democracy. The parliamentary elections pose a threat to maintaining peace in the EU, as the left and the right plan to unite. EU’s law-making decision will be in trouble with any other party winning the election.

Second, the French invoked EU solidarity. Macron’s equation with the EU is also observed to benefit the region’s unity and cooperation. This can be evidenced by how France’s presidency of the Council of the European Union persuaded the EU in “common debt to fund programmes” taking united efforts in tackling COVID-19, improving the role of the euro at the international, and supporting Ukraine against Russia. Under Macron, the EU has gained more solidarity through implementing “social protection systems,” which is a historic recovery plan. Apart from this increased participation in new tech investments, European defence, social justice, and also towards carbon-neutral sustainable practices. Therefore, with Macron continuing his leadership, it will help in blend relations, and make France a forerunner to bring EU member states together.

Third, France and NATO. The rise of the right and Le Pen’s campaign proposal to remove France from NATO alarmed the member states, especially Finland and Sweden who were considering applying for membership due to security threats from Russia. With the ongoing Ukraine war and Macron's efforts, the defence collaboration amongst the states has grown towards establishing larger EU-NATO defence cooperation. The temporary threat of the right to win the elections might have been deterred, but the upcoming political landscape of France will be a decider in making or breaking the long-aimed united defence posture of Europe.

Click here for our complete analysis on France Presidential Elections 2022

Four challenges ahead for President Macron, by Sourina Bej

The rise of Marine Le Pen, by Rishma Banerjee

What does Macron's victory mean for France and the EU, by Padmashree Anandhan

Padmashree Anandhan is a Project Associate at the School of Conflict and Security Studies, National Institute of Advanced Studies, Bangalore. Her areas of interest include Western Europe and Maritime Studies. She is currently working on an Issue Brief critiquing One Ocean Summit.

Attacks on pride marches in Europe, Migration problems in Morocco, and Russia's new attacks in Ukraine 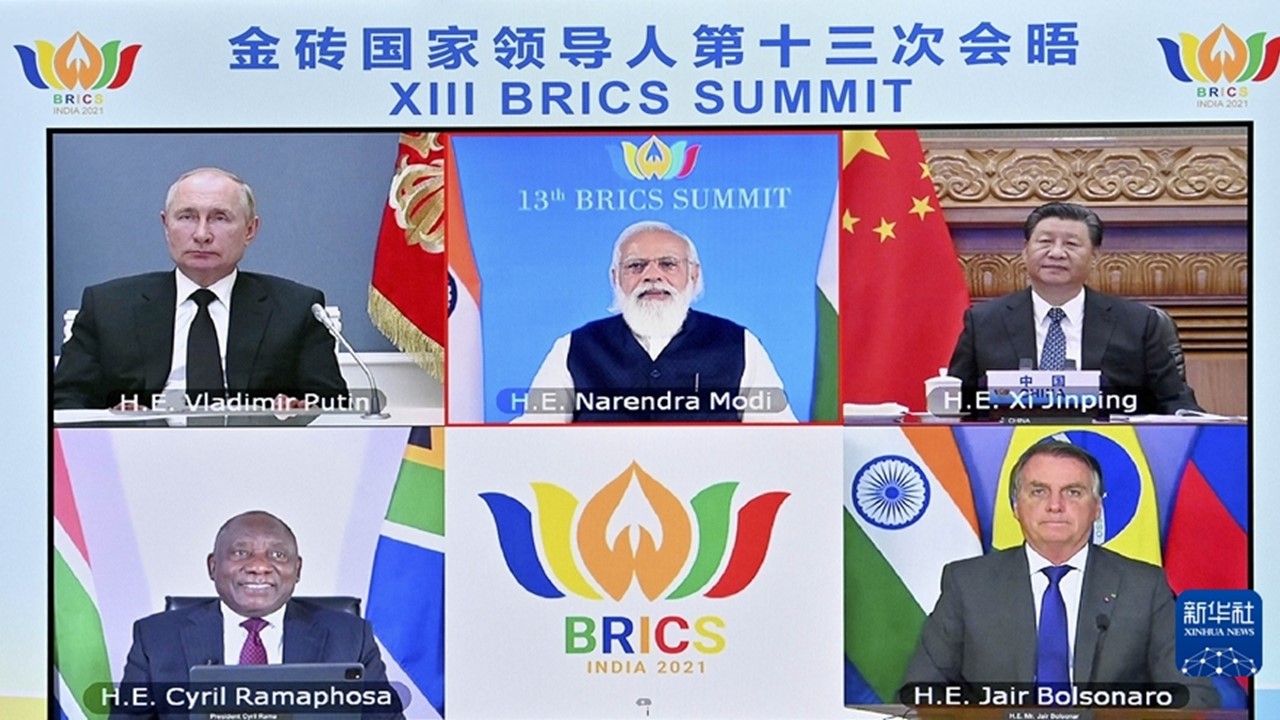 BRICS Summit, Approval of Ukraine's candidature for the EU, and Saudi Arabia-Turkey rapprochement

Heatwave in Europe, rise of the Left in Colombia and the UNHCR report on Forced Displacement 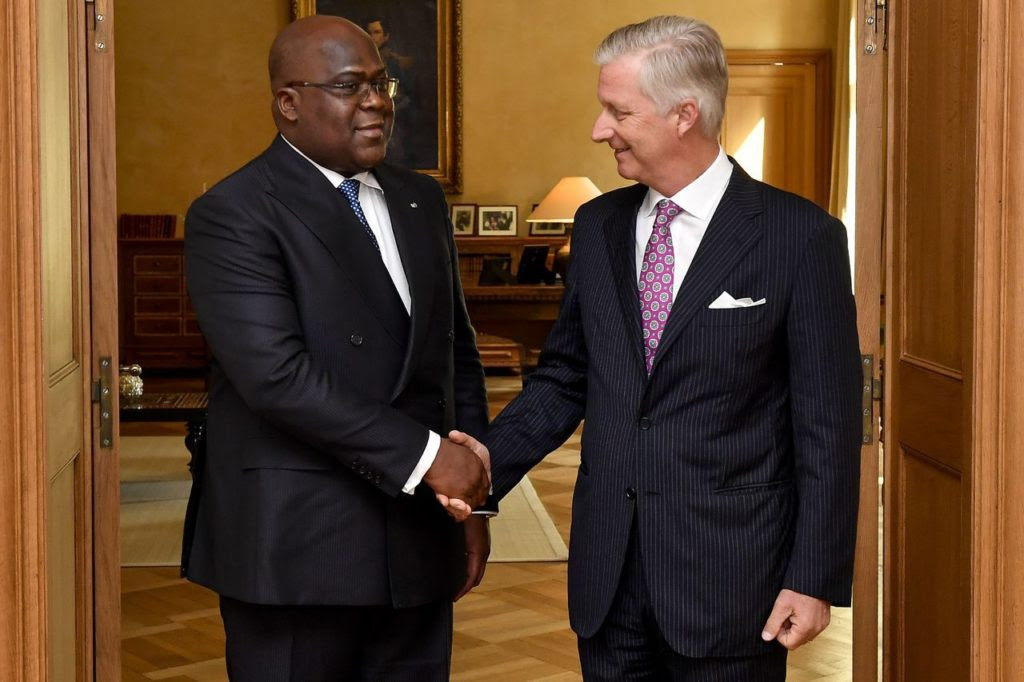 China in Space: Shenzhou-13 and Tiangong

The new UK new bill on Brexit, Turkey's NATO concerns on Finland and Sweden and the SIPRI report on nuclear arsenal/weapons

Denmark's referendum on EU defence and interstate tensions in Africa

IN FOCUS | Into the Sixth Decade of African Unity

Another school shooting in the US, and EU-UK tussle over Northern Ireland protocol

Another racial attack in the US, Divide within the EU over the Russian oil ban, and violence in Israel

IN FOCUS | Communal Tensions in Ethiopia

The rise of Marine Le Pen