On 27 October, the Prime Minister Secretariat issued the much-awaited notification for the appointment of Lt. Gen. Nadeem Anjum as the next ISI chief. Earlier there was a similar announcement by the public relation organ of Army, Inter Services Public Relations (ISPR), on 6 October which was termed as incomplete procedure as the PM secretariat had not yet issued a formal notification. There was a meeting between the PM and Chief of Army Staff (COAS) which could not help mitigate the stalemate at the earliest.

Background
There were several reasons explained by the specialists over the perceived different positions of civil and military masters.

First, developments prior to the 6 October notification had already put the incumbent ISI Chief Faiz Hameed in unethical and flamboyant behavior. The latest being the visit of ISI chief to Afghanistan and the viral photograph of the spymaster having tea in Kabul in a seemingly positive mood in contrast to uncertainty over future of Afghanistan, the chief went as far as saying that “everything will be okay!”. Issue of unfair exclusion and exit of Sharif's from 2018 general elections and role of general Hameed also pitched him having close relations with PM Imran Khan.

Second, by convention PM has appointed ISI Chief after due suggestion/consultations from Army Chief and PM Khan is not the first to have used the ambiguity of statute. Previously, Benazir Bhutto had appointed her favorite confidant as spymaster, Nawaz Sharif’s preference of his choice led to the coup by military in 1999. Over the years, many important portfolios have been taken away from the mandate of ISI Chief yet it is still an important pillar in bringing civil-military representatives to come at ‘same-page’ in their outlook.

Third, according to political scientist David Meyer, charismatic leaders are especially attractive during times of crises, and their importance in solving a crisis which may not be a as grave as the leaders makes it to be. Imran Khan for a similar reason, keeping in mind the upcoming elections may have tried to reap some political mileage in his every right as a politician. It is the same political dispensation which has given extension to COAS Bajwa ignoring senior army officers’ aspirations to reach the top spot. According to the twitter handle of PM, Lt. Gen. Anjum appointment has been completed after recognizing the timing of change of command in ISI and selection of the new DG ISI after due interviews. Senior Army Officers have never been interviewed by civilian representatives and this claim at the face value might help the ruling government in making the public believe that they have also contributed their share in ever evolving civil military relations in Pakistan.

Lessons learned
Everyone had something to learn from the latest impasse, while political leaders may have hoped for some traction the conclusion has backfired majorly.

First, ISI is a premier intelligence agency of Pakistan, it is not under direct control of the Army. The current standoff has cleared the air about its public role and the characteristic chain of command shaped by the army. The spymaster may have personal priorities and aspirations but at the end, he/she must fall in line of unity, faith and discipline, the ISI chief needs to be politically savvy not politically inclined essentially.

Second, the standoff has further strengthened the narrative of the army in its relevance and importance for keeping all the horses in restraint in the end and thereby bypassed its role in enabling any crisis. The implicit distanced response to domestic issues be it TLP protests or Sharif’s indictment on part of ISI plans has not stained the Pakistan Army professional capabilities as an institution which has time and again ensured that Pakistan do not go down in the sinkhole of failure.

Third, COAS acts as guarantor of the ethos of the army more than just symbolically. The autonomy of COAS as an institution in itself has been preserved and abided by the hybrid government at the federal level and the military establishment. The manner in which democratic practices have been compromised by the government on its legislative practices in the assembly has reverberated back to the government from the higher echelon of power dynamics in Pakistan.

Fourth, the communication modicum in Pakistan has been on a regressive path, this impasse has reflected that information void in the public. The current government has tried to pass on the lack of information flu to the army, but the army has safely guarded itself from its ill effects at least in its civil military relations. However, within the army the mum about not so smooth execution of its mandate does not necessarily explain the faith of the senior officers in the professional functioning. With such impasses the army might be believed to be testing its own waters for another possible extension for Gen. Bajwa or something unexpected.

The World This Week

Unrest and crackdown in Kazakhstan, Another jail term for Aung San Suu Kyi, Two years after Qasem Soleimani, and Canada's reconciliation with the indigenous people

Pakistan's Rail Corridor to Istanbul: Light at the end of the tunnel? 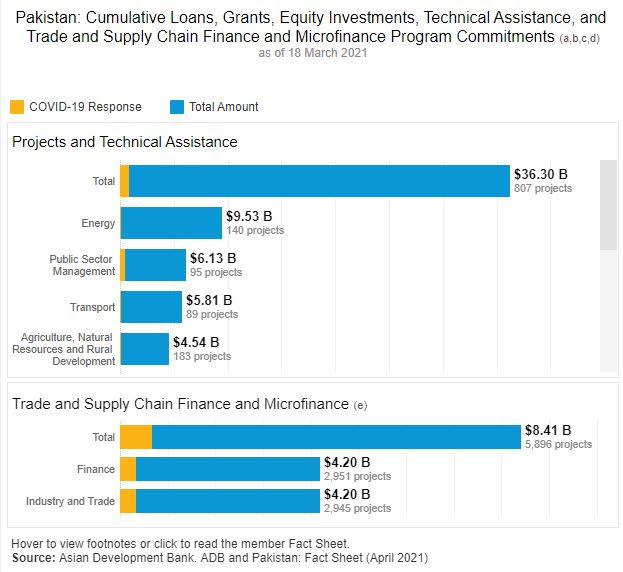 Pakistan and the Asian Development Bank

The PDM is back, again